One of the nicest things I've read all week

I love it when comedians do stuff like this.
at 1:07 PM No comments:

I might've told this story before.

When I was in college, I took a political rhetoric class. Aside from the fact that I needed the credit, I took it upon a recommendation. I'd heard great things about this professor, so I signed up for it.
As it turned out, it was worth it. The professor a former speechwriter, the kind of guy who'd gotten several people that you've heard of elected, he always looked like he'd just stepped off a jet with a whiskey in his hand. Wearing dark sunglasses indoors, during the day like he belonged in them.
He'd gotten several people who we've all heard of elected. He was a grizzled vet of the old school political machine.  He taught me a lot of great things, and probably a cynicism that I'll carry for life.

But the lecture of his that I remember the most, of all the insanity and unusually forthcoming admittance of drug abuse, there was a recollection that I will die with.   It was during the Cuban missile crisis, and he was sure that he could count his final hours on both hands. Nuclear contamination was imminent, and he was certain he wasn't going to spend his last hours like a fool.

He moved his mattress and girlfriend to the basement of his apartment building at the time, along with "a lid and a case of whiskey".  He said that they spend two weeks down there, drinking tap water from the sink next to the washer (which surely would've been toxic) and otherwise getting loaded.

Not surprisingly, It always freaked me out. Even worse was that he made a point to mention that almost everyone in the class had grown up under a greater threat of nuclear annihilation than he was then. There's nothing worse than being reminded you never really caught on to from your childhood...

As with every great teacher I've had in my life, I eventually lost touch with him.  I remember going to a surprisingly popular bar with him the next semester and being a little alarmed at his behavior with a few of my former classmates.

Sometimes I think about getting in touch with these old teachers of mine that taught me so much. So much to observe, ignore, repeat... I'd like to see what they have for me now at 31. Would I even listen? It is folly to put former role models under the light of harsh scrutiny, and a terrible reward for those expecting results.

But it's strange. Because I have never been able to forget it. Even worse, I have had a song associated with that story since the day I heard it.  Not just a song, but a song I'd known for years. A song I'd previously cherished as a soundtrack of my formative years; "After the Gold Rush" by Neil Young.

This is a song I could point back to forever. I refer to exhibit A*. But for some reason, the thought of "lying in a burned out basement" conjured up -to my romantic eyes- the notion of lying in a filthy underground shithole trying to convince myself that it was the end of days. It just made sense.

and so now I sit here, thinking about the severity of the situation and how I'd react (like you'd do otherwise!?) and I'm disturbingly okay with the notion of burying myself for weeks and letting the world letting it figure it out for its own self.

But of course I could never do that. I mean shit, I should be used to it by now, right?

*This is a mixtape made by one of my brothers, sisters or friends (I haven't been able to figure out who), one that was worn ragged over several years of driving to Maryland and back. Sons that I remember from it include:
7 Cure songs
"Kiss Me Deadly" - Generation X
"Wild Child" - Iggy Pop
"Heat of the Moment" - Asia
"The Weight" - The Band
"Young Americans" - David Bowie
"Pulling Mussels (from the Shell)"
"Dancin' With Myself" - Billy Idol
"Make Me Smile" - Chicago
and others. I'm actually really trying to remember what else.
at 5:16 AM 1 comment:

Ballroom, Hellingly Hospital
There's really nothing more awesome than an abandoned insane asylum, other than one that's called Hellingly.
Here's some more pics.
at 3:23 PM 2 comments: 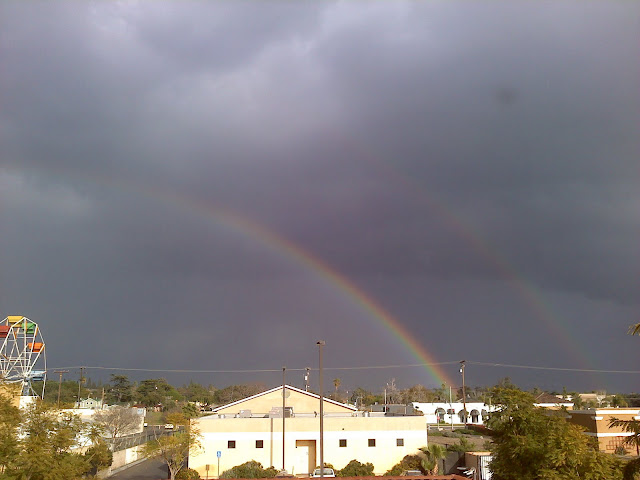 Catula. I have no idea of this pic is upside down, which it appears to be: 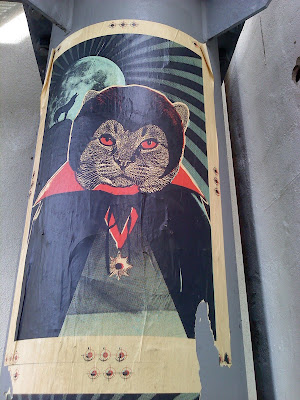 From the Post-It show at GR2: 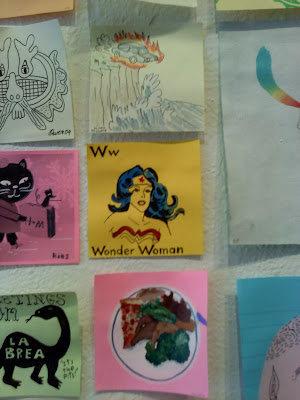 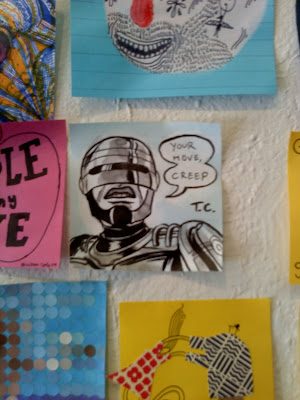 Obviously, the well is running a little bit dry now. Or not, the rest are museum placards, the bloody Santa exhibit at MOCA, and some pictures of the cat.
at 1:45 PM No comments: 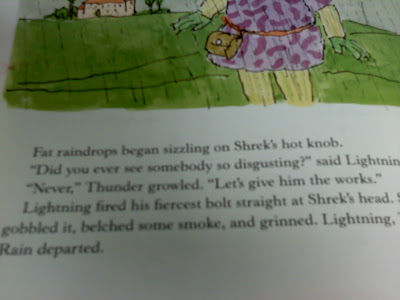 Yeah, because I have the mind of a child.
Seriously, though, can you imagine reading this to your child at bedtime and trying to disguise your laughter/horror?
at 1:33 PM No comments:

Books that had a dramatic impact on me as a child that I just rediscovered: 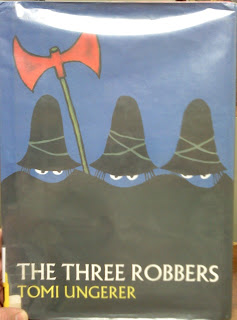 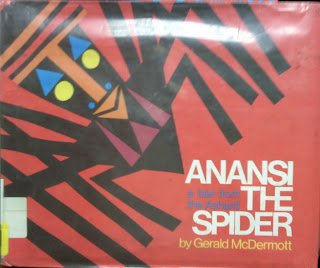 Anansi was always one of my favorites as a kid. I remember talking with all the other kids about which one of his sons we wanted to be. Not surprisingly, I always wanted to be Stone Thrower.

Thinking back on it, so did everyone else.
at 4:31 AM No comments: 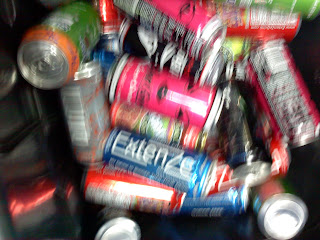 found something I thought I'd posted ages ago. This is from about a month ago, spotted in a little exhibit in the Getty Research Institute. It's about launching cats. No shit: 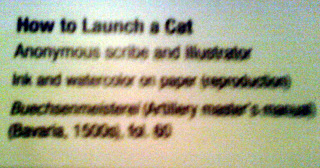 Oh, it gets better: 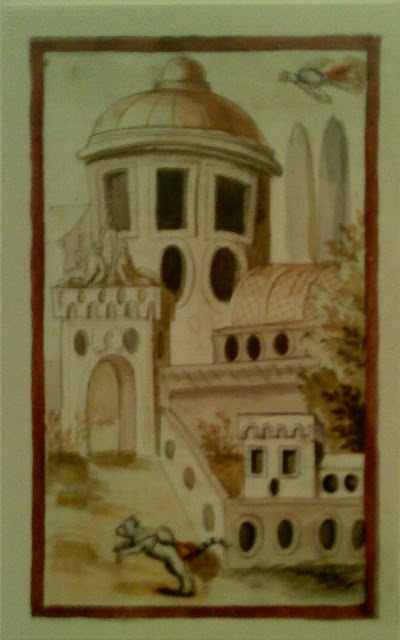 if you look at the bottom there: 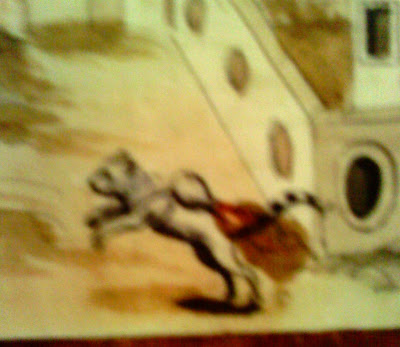 Yes. That's a cat with something like a 16th century rocket strapped to its back. There's also a bird at the top.
I have a whole stack of fun images I need to post, but I also need to get this whole thing moved to a new address. I've more or less got everything figured out but the name, so if anyone's got any clever suggestions, I'm all ears. Everything I've tried is either taken or creepy and ominous-sounding, and I'm trying to avoid that.
Anyway, more to come.
at 4:16 AM 1 comment: